Depending on the angle of view, I move from finding the hands perfect to wishing they had 15-20% more surface area. The palms are thick, three-dimensional objects and though they are on the smaller side, I am certain that they are rather hefty — and micro-rotor moves are seldom big on torque and therefore rarely fitted with massive hands.The counter-argument is that this is just as much a showpiece as it’s a watch and because it is still very legible, they decided to leave a little more space for the eyes to find the complex movement and not cover more of it up with much bigger hands.Over the past couple of weeks that I spent sporting the Richard Mille RM033 a whole lot, I remember two occasions when I was perplexed and had to look twice to inform the palms apart; the way they stood on the dial along with how the lights played, I wasn’t quite sure which one was that. Apart from these two exceptionally memorable moments of my entire life, I found legibility to be fantastic. 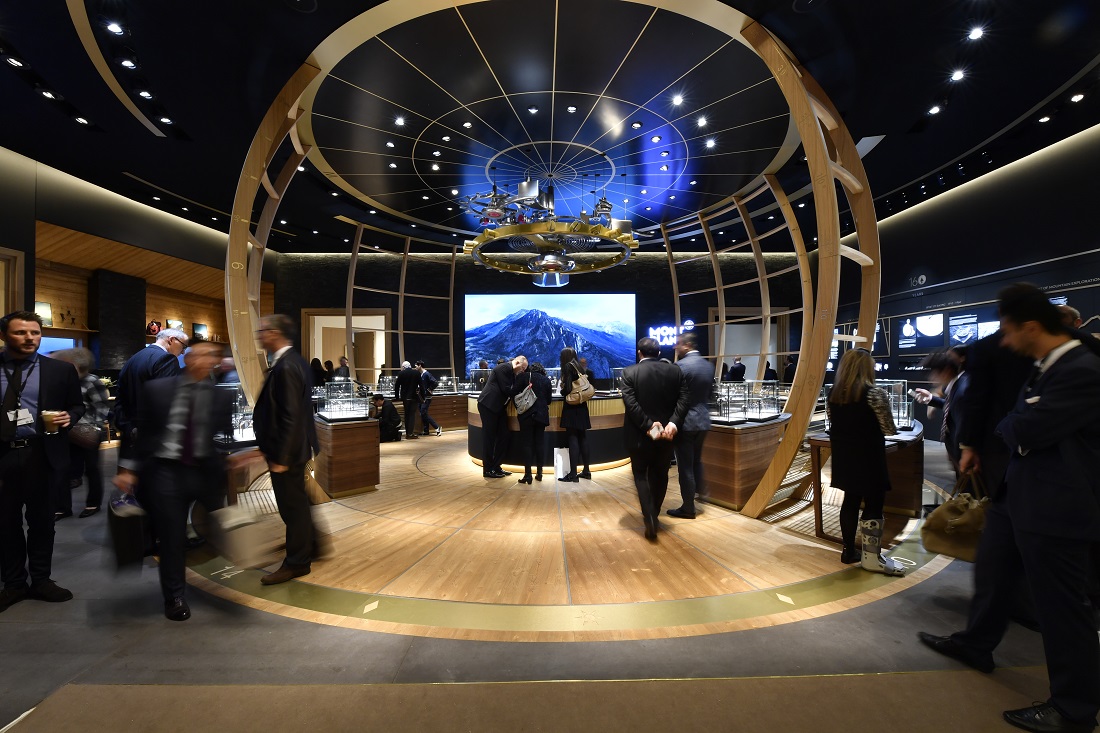 The watch industry is currently experiencing a season of change. This is especially true for those brands under the Richemont Group that dominate the important Salon International de la Haute Horlogerie (SIHH). At no time during my decade in the watch industry have I seen more shifting of resources, power, and effort than now. That’s actually a good thing as the high-end watch industry is currently undertaking the massive challenge of reforming itself – though the process will take longer than the annual schedule of trade show news expectations allows for. No one, however, wants to be caught with their pants down, and it is admirable to see the effort the watch industry puts into the important show even though many of them are mid-stride not only in the development of new products, but also in terms of the many newly situated managers and creative professionals that run the brands.

The watch industry, if anything, excels at proud presentations. SIHH 2018 sees the 35 participating brands emphasize their greatest qualities with newly designed booths and lots of fresh optimism in the form of newly appointed managers and executives. With that said, little of the dust in the air at most of the brands settled, and many might argue that novelty-hungry luxury buyers may have been better off waiting another year for more impressive news and new product announcements. Alas, despite a decent volume of well-conceived new products, the talk at many watch brands isn’t what new products were shown at the show – but rather what upcoming developments they are excited about. 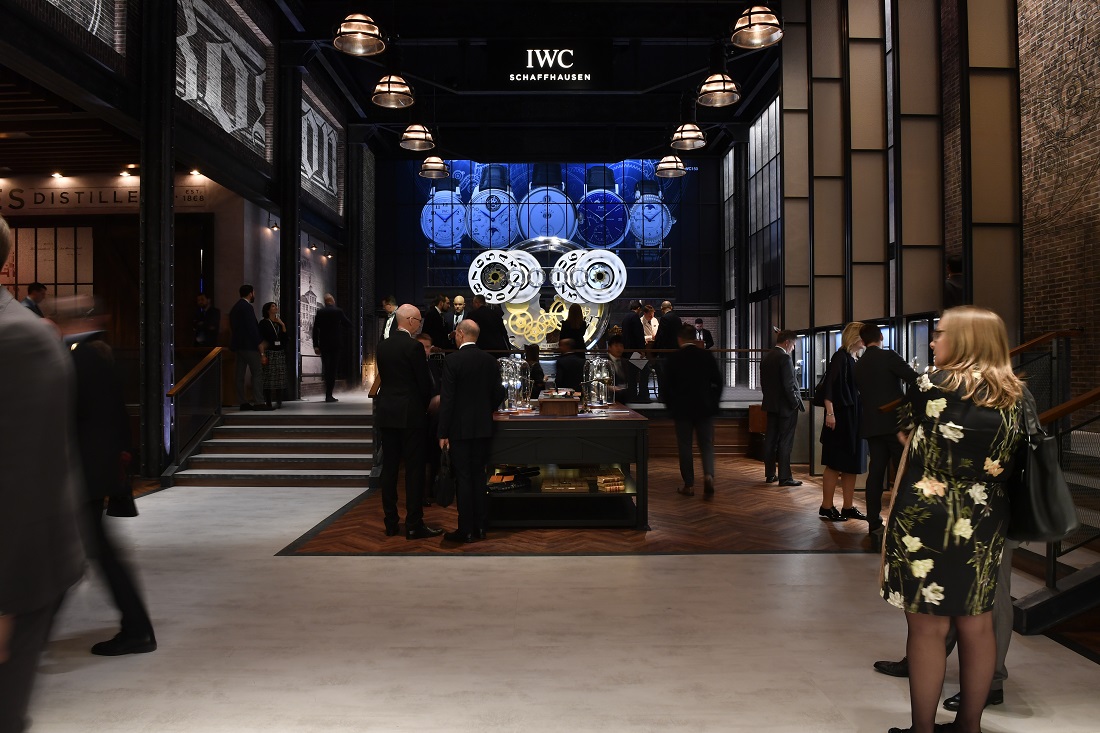 More than half of the big luxury watch brands we met with are currently experiencing or recently experienced complete shifts in their management. That means new CEOs, country manager, designers, and all the other bits and pieces that make these companies stick together. A palpable sense of “what brand am I at today” could be felt as many of the usual suspects in the industry find themselves handing out business cards with new names or titles on them. Richemont in general has been uncommonly open with their various restructuring plans, showing the human side of the often extremely-closed corporation “family.”

One of the more interesting areas of novel openness was the increased mention of the group’s in-house movement and parts maker, ValFleurier. Often referred to as “Richemont’s ETA,” (ETA is an important watch movement maker owned by competitor the Swatch Group), talk has shifted from “in-house made” to “in-group made.” Brands at the group are increasingly cognizant that their cooperative relationships are better spoken about than hidden behind language designed to promote their supposed independence and managerial autonomy (stories of which were often more optimistic fantasy than reality). Richemont more than ever is seen as a single body – perhaps with many arms, but one whose parts operate in relative unison. The corpus of the big group is grasping for stability, while at the same time recognizing that change will be the norm until it and much of the global economy settles itself. 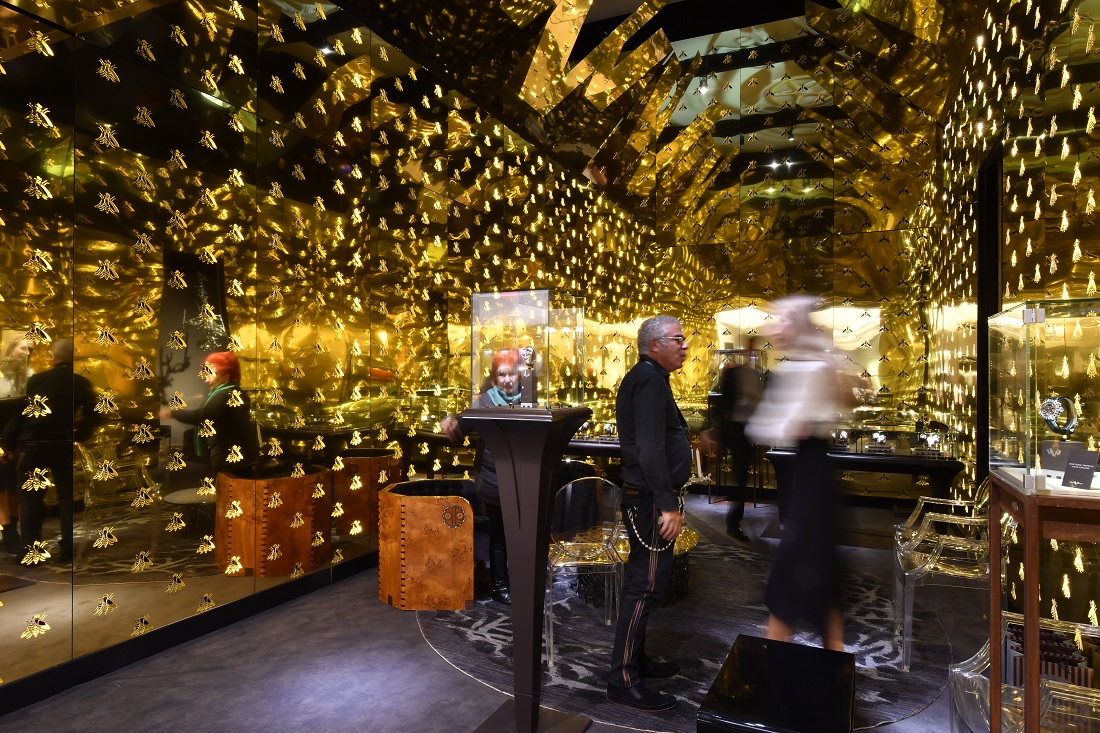 Let’s return to how all this translates into the consumer experience, which I am proud to say will be positive for 2018 and beyond as new, often well-priced products are soon to come to market. Whether the industry has incorporated my advice over the years, or has come to the same conclusions independently, we are seeing important changes in a number of ways. When it comes to “mainstream” luxury products (not extremely high-end super luxuries) at SIHH, prices are generally down and value-propositions are trying to be pushed up. On paper the consumer does well, as we’ve never seen more decent products debuted at the show in the $10,000 and under category. Yes, there are some noticeable cost-cutting measures when it comes to simplifying production techniques and product detailing. With that said, offerings of new features and performance promises are hoped to swoon consumers who have been paying attention to what the industry has been doing over the last few years, but haven’t been putting down money as often as the brands hope for.

Enthusiasm for the wholesale model of selling watches first to retailers and then to end-consumers seems to be at an all-time low. It isn’t that brands are greedy to recapture margin, but rather that the traditional wholesale retail environment has failed in at least one very important area; marketing building. That translates into the fact that retailers – despite investing in buying products – still don’t seem to have much incentive to promote the brands they carry to their own local markets. The reasons for this are complex, but it has meant that the brand’s themselves have been saddled with the obligation to build consumer demand and awareness (through marketing and advertising) while still promising retailers world-class margins (profits on selling watches which average between about 40–50% per watch). Such margins made more sense when watch brands merely produced and delivered products, but these days with the brands having intensive marketing budget obligations, the old model of distributing watches is finally experiencing its last days as the dominant means of placing a luxury timepiece on the the wrist of a consumer. 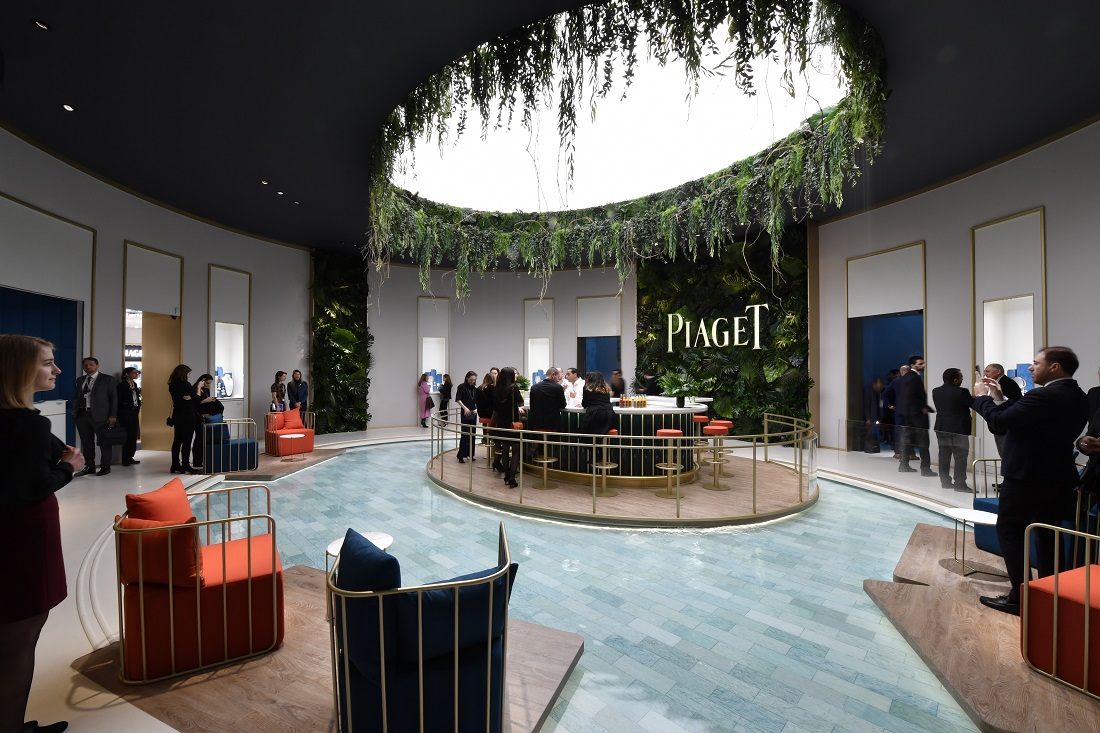 To maintain positive relations with those retailers they still rely on, brands aren’t yelling “e-commerce” as loud as some might expect, but quietly most of the big luxury names are actively planning to sell direct or via digital retailers to consumers. The internet is potentially being embraced in a new way for 2018 and beyond, but watch brands still need to seriously bolster the intelligence and expertise in their marketing and communication departments. The message of needing digital and marketing fluency has been received, but at this point the industry simply doesn’t have enough good people internally already to handle the needs of all the brands. It will take a few more years before more of the luxury watchmakers have brought in the right talent to help them not only thrive on digital platforms, but also to cease making costly and often embarrassing “investments” in social media influencers and other half-cocked “get internet famous” schemes. As an industry that espouses the virtues of taking the slow, careful, well-thought-out approach, they still need to incorporate such wisdom in their often fluctuating marketing and advertising departments.

Hope is certainly there for an industry that has been much maligned in the recent past by its stubborn reliance on archaic business models which arguably stopped working decades ago. The digital reality most consumers live in is slowly being tolerated by the Swiss and other European interests that still dominate decision making at luxury watch brands. Knowledge on how to produce museum-worthy products is still accessible, and now brands need to match the same level of quality in their communication and distribution strategies. They are crawling to that point more and more each year – but the finish line may not yet be in sight. With that said, I’ve never been more optimistic about the future of the industry – even if I still can’t predict what it may look like. 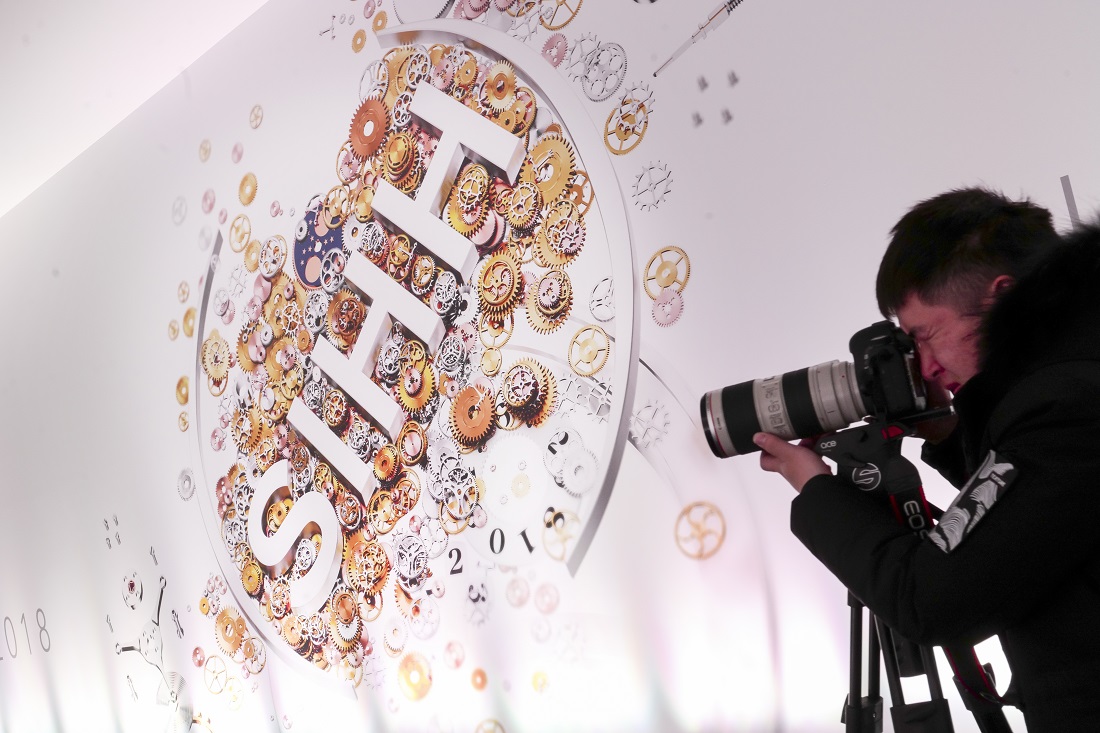 Now lets take a look at the top 10 products that aBlogtoWatch feels are the best from SIHH, and represent the types of products and values watch consumers should be looking forward to in 2018 and beyond. 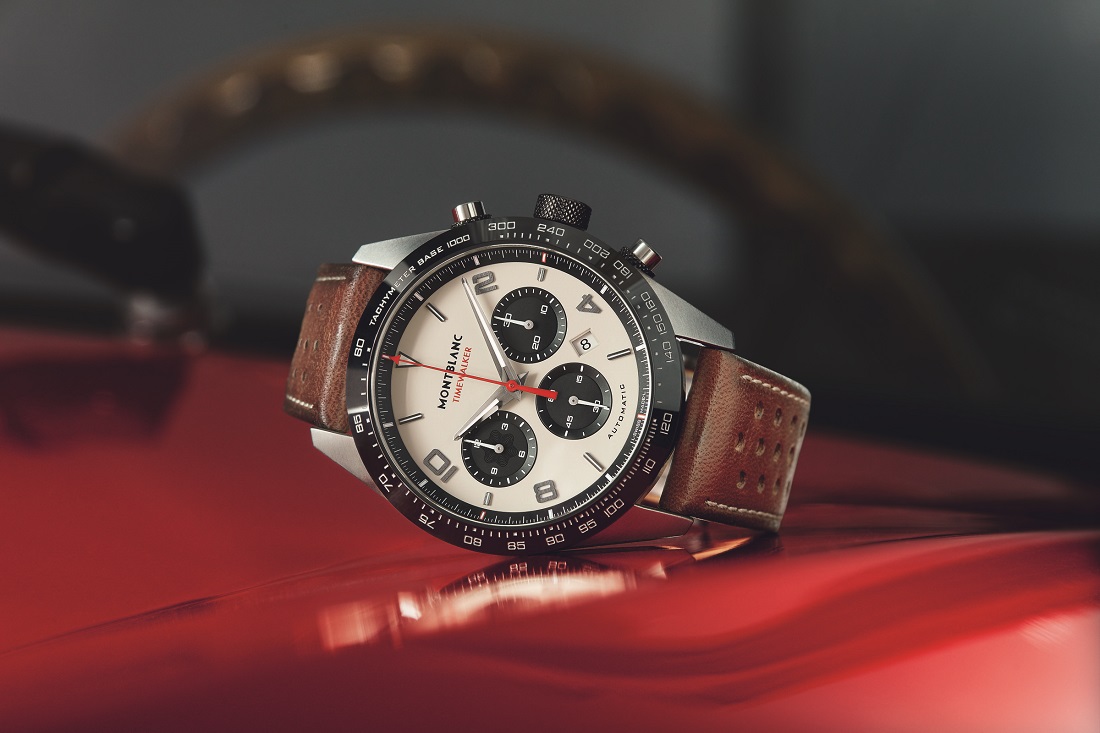 Last year Montblanc radically redesigned the iconic Timewalker collection into being a motor-enthusiast lifestyle watch with a hip look. This year in 2018 Montblanc adds what will easily be the collection’s most popular model among those who are seeking a trendy, well-groomed look as well as some horological street cred. Fitted with a new in-house chronograph movement, the Montblanc Timewalker Manufacture Chronograph has an attractive three register chronograph display, panda-style dial, and comes on an optional bund-style “cuff” black leather strap. It’s macho, a good value, and genuinely pretty to look at… and we think a lot of people are going to want one. Price: €4,990 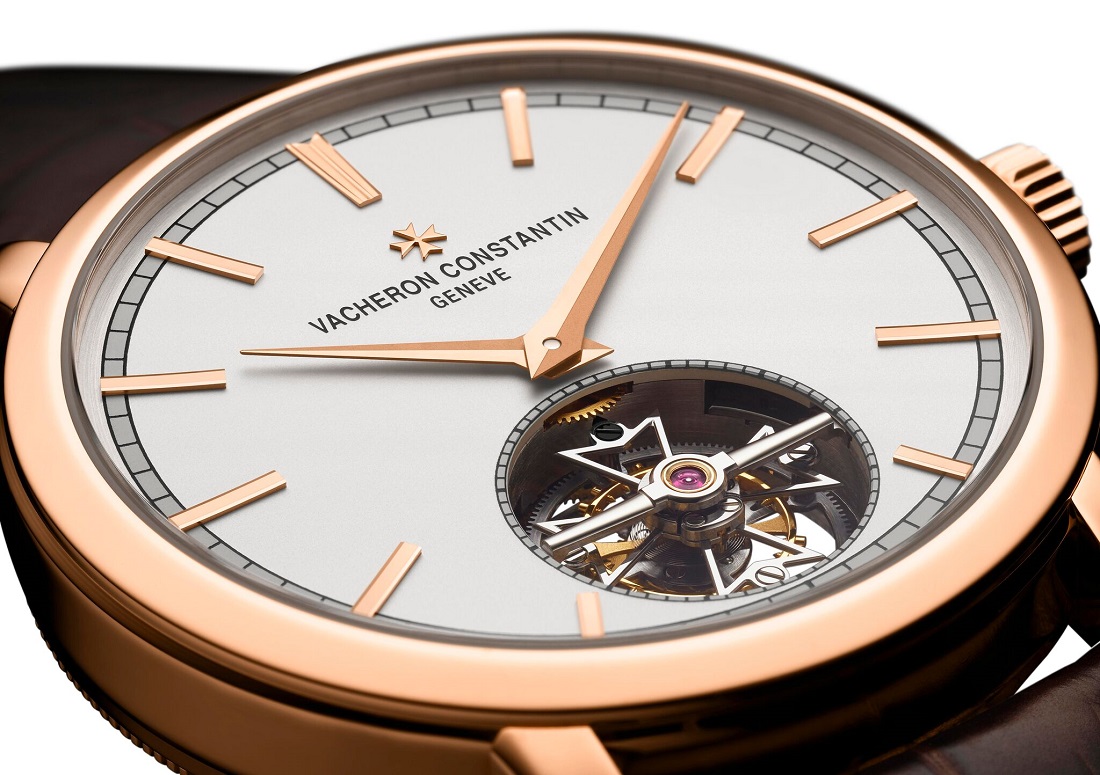 The luxury watch industry has no shortage of tourbillon-based watches to choose from. Looking at the Vacheron Constantin Traditionnelle, these new 18k pink gold or platinum timepieces include a stunningly well-decorated movement that features just the time with a tourbillon, in a slick automatic movement with a peripheral rotor that does little to hamper the view of the decorated parts. Topping it all off is the use of some of the industry’s best hands. Simply lovely, and a good way to show off about $100,000 on the wrist. Price: $118,000 in Rose Gold and $149,000 in Platinum